Please join us in congratulating the following Wissahickon Skating Club members for their recent accomplishments! 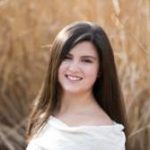 May, 2020: Congratulations to WSC Figure Skating member Alex Davidson on being named a US Figure Skating Platinum level Graduating Senior Awardee, recognizing student-athletes who have worked hard to pursue figure skating while maintaining their academics. There are four categories of recognition based on competition and test achievements in all disciplines of figure skating.  Student-athletes are rewarded based on their highest level of achievement at either the Platinum, Gold, Silver, or Bronze level. 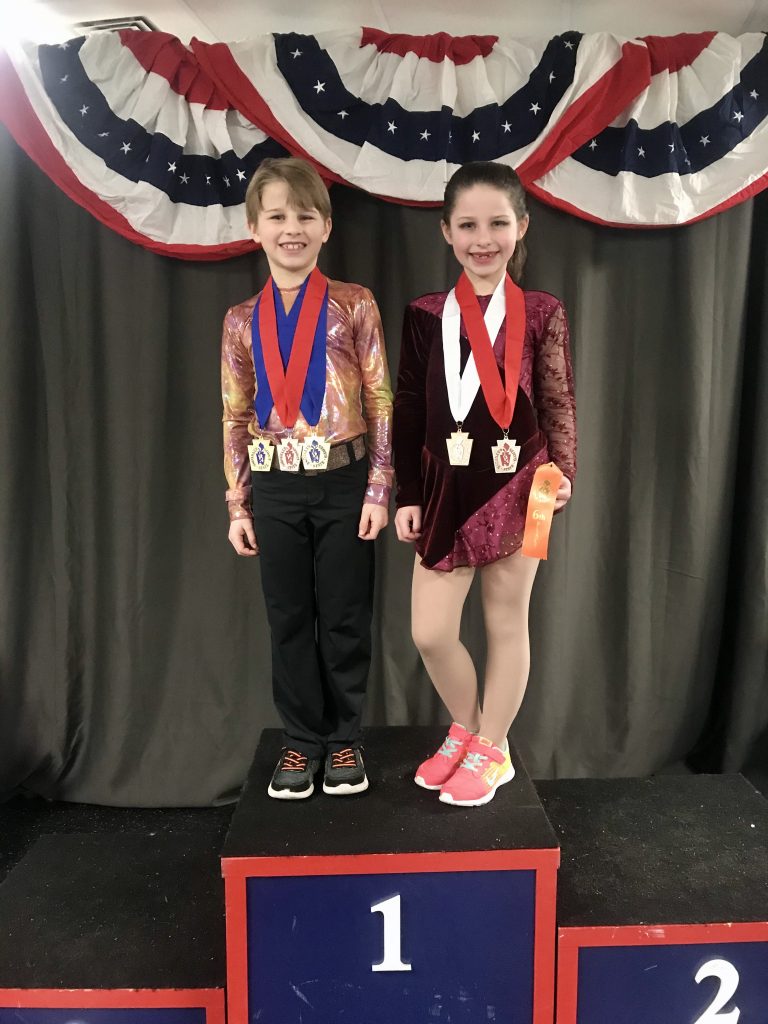 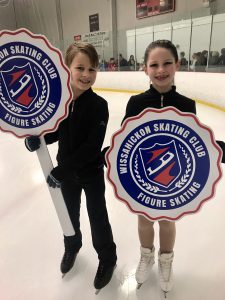 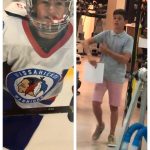 Congratulations to WSC Youth Hockey player, Patrick Gibbons, who is on the Bantam A American team and has been a club member since he was 3. Patrick has also been a Soap Opera actor since he was 5 years old. He will be featured on General Hospital on Tuesday, September 10 and then again the following Tuesday the 17th. The producers asked Patrick’s mom Maureen, who I’m sure you’ve seen around the rink, to play his mom, so she will be on as well! Congratulations to both Patrick and Maureen! 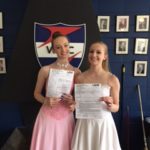 Congratulations to Kylie and Jillian Saloma who both passed Gold Dance tests on June 15th, 2017.  Kylie passed the Senior Free Dance test, the 3rd Gold test she has passed, making her WSC’s first Triple Gold Medalist! Jillian passed her last Gold dance test earning her the title of US Figure Skating Double Gold Medalist.  Congratulations to both on their accomplishments! 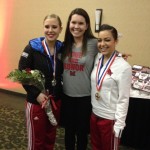 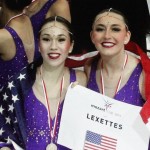 Congratulations to graduating member Rebecca Shorin, whose team won the Junior World Team Selection event in February which qualified them to represent the USA in March at the ISU World Junior Synchronized Skating Championships in Croatia.  In addition, the team also earned the Bronze Medal at Nationals in Kalamazoo in February.

Congratulations to graduating members Alyssa Nowak, Emma Luckman and Grace Leonard on their recent accomplishments at Synchro Nationals.  Alyssa’s team competes at the Senior level and won the Silver medal at Nationals.  The Senior Team will represent the U.S. at the Synchronized Skating World Championships in Budapest, Hungary in April.  Emma skates in the Junior and Collegiate level and earned a Gold medal for her skate with the Collegiate Team.  Both Emma and Grace competed in the Junior Division at Nationals and placed 8th in the nation.

Congratulations to Kylie Saloma on her Silver Medal in the Junior Division at Nationals.  Kylie’s team will represent the USA as Team USA 1 at the ISU World Junior Synchronized Skating Championships in Croatia in March.

Congratulations to Jillian Saloma who skates in the Juvenile Division and earned the Gold medal at Nationals.

Congratulations to Jr. Figure members Kate Sweeney, Kara Sweeney and Catherine Jevit who all qualified for Nationals and whose teams had beautiful skates. 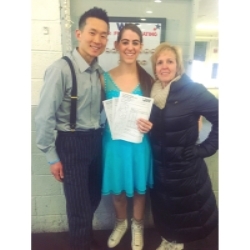 Congratulations to Jr. Figure Member and High School Senior, Callie Abramowitz on achieving the distinction of US Figure Skating Double Gold Medalist. This honor makes Callie the first Double Gold Medalist at WSC since WSC’s Coach Meg Byrne! Callie earned this title in April when she passed the last of her Gold Dance tests under the coaching of WSC’s CG Lee.  Callie earned her first Gold Medal in 2010 under WSC Coach Kris Shakarjian. Callie has been skating since the age of two and a half.  She is a former member of the Philadelphia Symmetry Synchronized Skating team and recently competed in the US Figure Skating National Synchronized Skating Championships in both the Junior and Novice Divisions.  Callie will be attending the University of Connecticut in the Fall as a Pre-Pharmacy major. 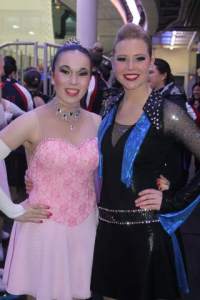 Congratulations to our 2014 Mite Teams.   Our Mites all had a fun and successful weekend at the Annual Thanksgiving Mite Tournament held in our Club. Mite A repeated as Champions!  Mite B Blue came away with a Bronze, and Mite B Red won the Gold!    Our Cross-Ice team had their first tournament and displayed great sportsmanship.  Fun was had by all.  Click here for the recap article.

Best of Luck To…

The entire WSC Family wishes Junior Figure Skating Member, Gabi Godin the best of luck when she competes in the Juvenile Ladies level at the South Atlantic Regional Championships in Alpharetta, GA the weekend of October 3-5, 2014.

This news was just reported to us and we wanted to share this very significant accomplishment!  Please congratulate member and coach, Josh Petersohn, on his Gold medal for Team USA in the 2013 Macabbiah Games. Click here for the full story: http://www.wissskating.com/pr-events/joshpetersohn/ 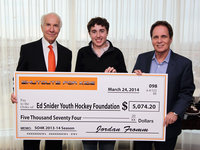 Sixteen-year old Jordan Fromm, a goalie with the Springside Chestnut Hill Academy Varsity Team and a member of the Wissahickon Warriors Midget U16A Team, presents a check to Philadelphia Flyers Chairman Ed Snider and Scott Tharp, President of the Ed Snider Youth Hockey Foundation.  Fromm created Shutouts for Kids as a non-profit organization which he supports through his efforts of keeping the opposition scoreless on the ice. 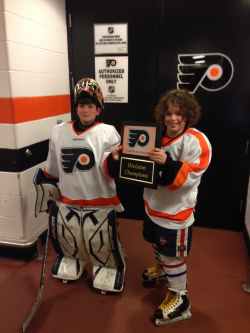 Congratulations to Walker Schwartz and Luca Scaglione, members of our Wissahickon Squirt AA team for winning the Flyers Youth Hockey Shootout on Saturday, March 22nd against the Lehigh Valley Flames. The Shootout took place in between periods of the Flyers-Blues game. Each player was presented with a plaque. Congratulations Walker and Luca for a job well done!

Please congratulate Grace Leonard on passing her Senior Moves in the Field test on March 14th.  This makes her a US Figure Skating Gold Medalist!

Please join us in congratulating the following Club Members on winning the Academic Honors Team High School and Middle School awards for 2013. 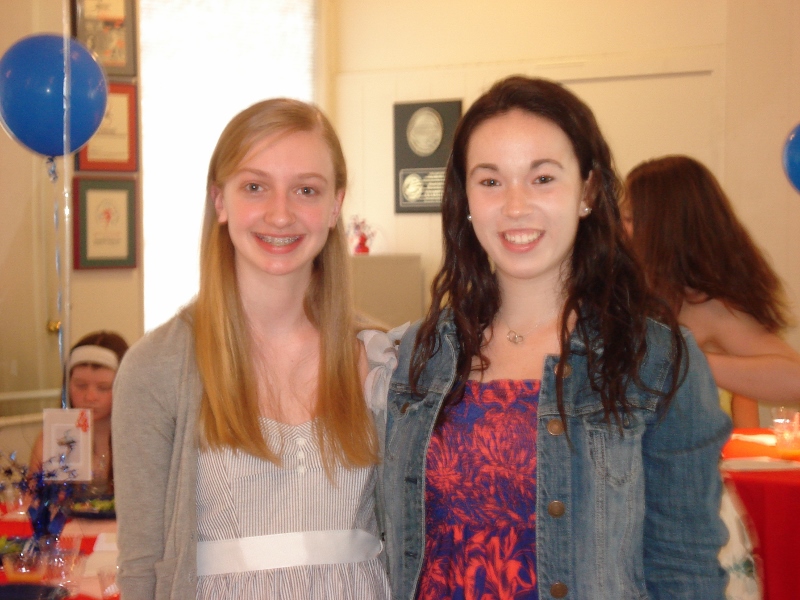 Pictured below are the newest members of this year’s Wissahickon Figure Skating Fund Academic Honors Team announced on June 1, 2013 at the Jr. Figure Skating Banquet. 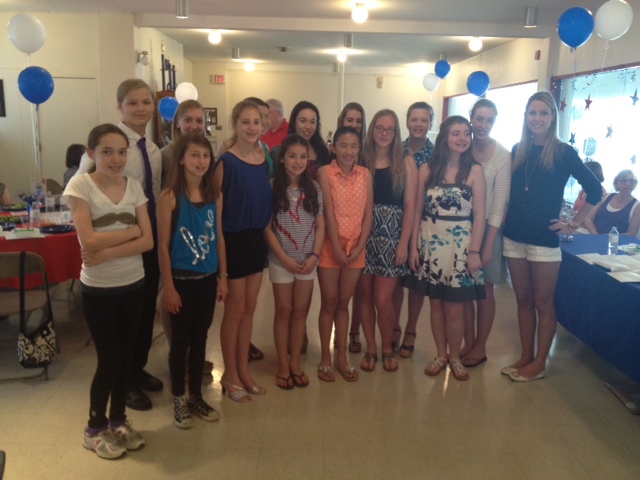 Please congratulate Callie Abramowitz and Rebecca Shorin on passing their Pre-Gold Kilian Dance with partner and coach CG Lee.  The Kilian has been historically noted as one of the harder dances to pass in our building and deserves recognition.  In following tradition, they were honored with silver plaques for this accomplishment at our Jr. Figure Awards banquet on June 1, 2013. 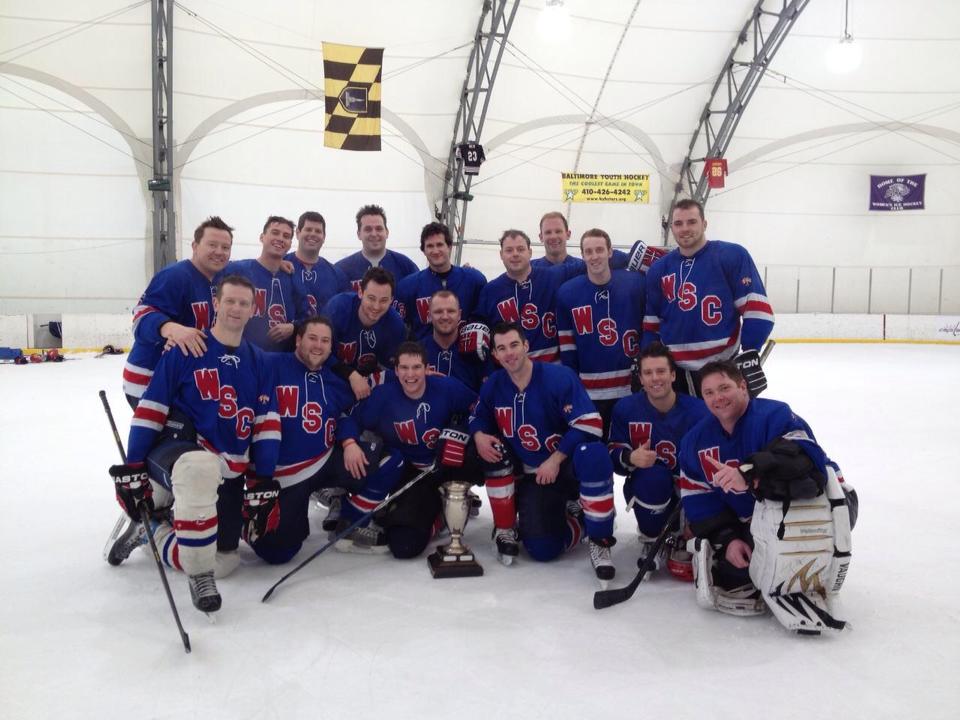 Congratulations to the WSC Senior A team who won the Mid-Atlantic Senior A League Championship on Saturday, Feb. 23 in Baltimore. The A’s beat the host team, Baltimore Cardinals, in round one, 3-1. In the championship game, WSC defeated the #1 seed, Philadelphia Lubers, 4-3 with the game winning goal coming from Ben Stear with just 14 seconds to play! This is the 3rd league championship for the A’s since the league inception in 2006. Congrats again to the A’s from the all the members at WSC.

WSC Mite B team coached by Jim Jacobs, Paul Brady and Thomas Spratt,  comes from behind to win Championship with record of 5-0! 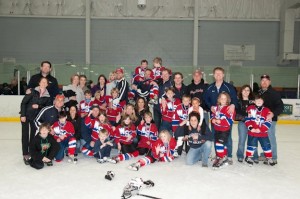 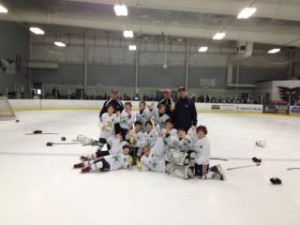 Please congratulate our Mite C team for being one of the elite teams selected to play in this tournament! 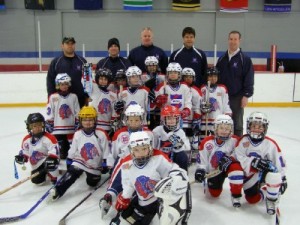 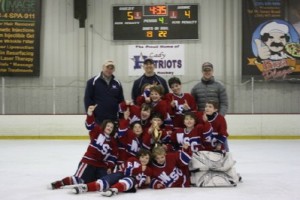 Additional congratulations to Wissahickon members Paul Geib, Mike Budd, and Chris Roak who also competed in the World Pond Hockey Championships.  With green jerseys and Philadelphia Warriors as their team name, they made the long trip North across the border to a true hockey paradise and came out ranked 48th. 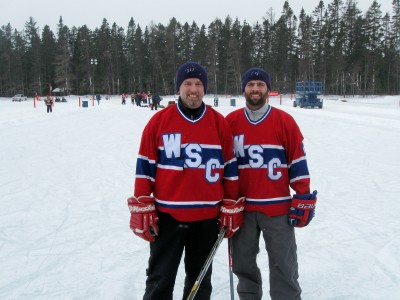 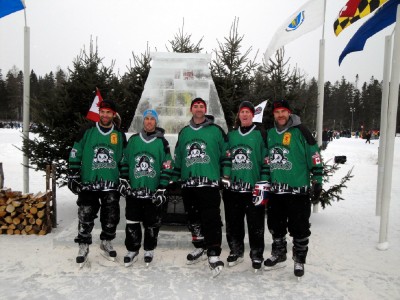 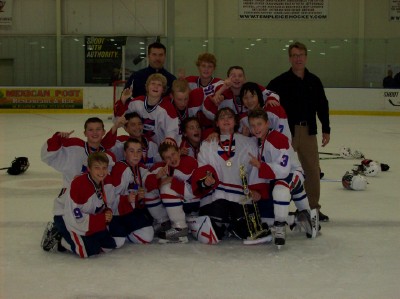 Competing in groups of 7 at the recent Cape Cod Classic in Bourne, MA over the weekend of December 10th, both teams brought home medals! The Preliminary team earned SILVER MEDALS, and the Open Juvenile team brought home the GOLD!

Congratulations to Gerald D. Quill on being awarded the title “Honorary Member”.

The 2009-2010 campaign for the WSC Senior “A” team was one for the record books! The team, comprised of all former college players from the club and NCAA levels, compiled an overall record of 13-3 while going undefeated in the highly competitive MASAL.  This marked the first time in the history of the MASAL that a team has ever gone undefeated.  Riding the momentum from the regular season, the Senior “A” team capped the year off by defeating a tenacious Washington D.C. team by a score of 4-2 in the MASAL frozen four championship game in Baltimore.  By winning the league title, WSC has secured the right to host the frozen four tournament in March 2011.  This promises to be a great event which will showcase some of the best adult league hockey the area has to offer.