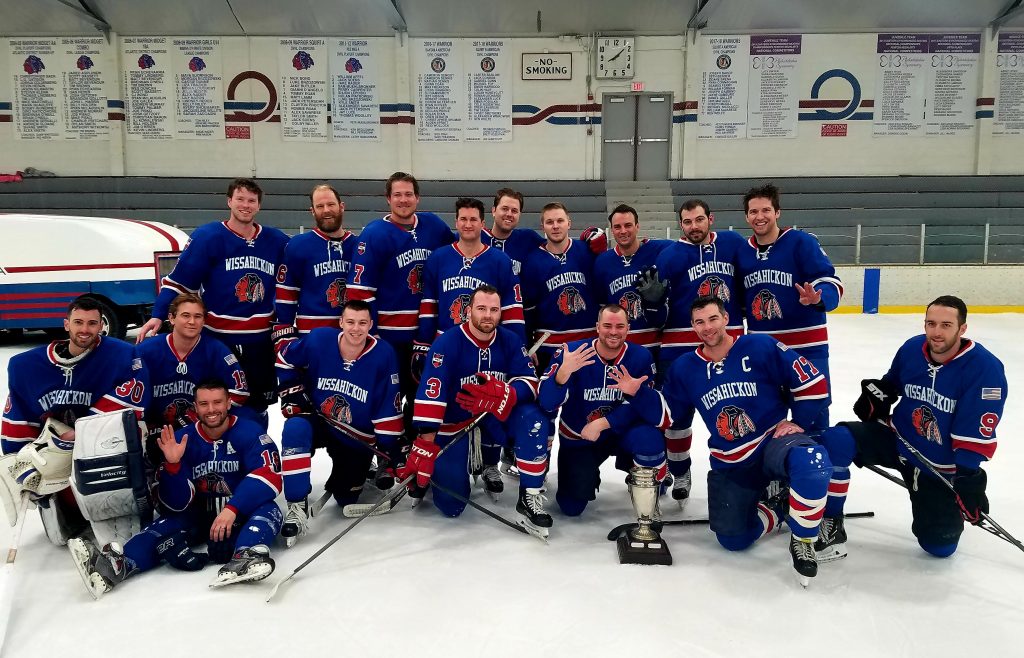 ages, but mostly 50 and over, with a few younger “novice” exceptions.  The “C” group is generally over 40, and the A/B group includes players in their 20’s, 30’s and 40’s who played in college and/or professionally and can still compete at a high level.  From early September through mid-March, each group has competitive inter-squad scrimmages once or twice per week, from about 9pm until 10:45pm.   The groups rotate “game slots” on Saturdays at 4:15pm, where they may host opposing clubs or teams from PA, DE, MD, NJ and NY.  Included with a player’s membership dues are various Senior Hockey “mixed skate” opportunities on Fridays at 6:30am, Saturdays at 2:30pm and Sundays at 9:45am, as well as a handful of additional sessions open to their families/kids. 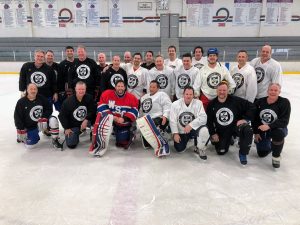 * new membership for Senior Hockey is subject to the availability of open spots, please contact our General Manager, Jon Buehler, at jonb@wissskating.com for more information.

We have Senior Hockey members who have been playing at “Wiss” their entire life, as well as members who just joined last year.  As is the case with our entire Club, Senior Hockey is truly a bonding experience.  Members who had never met each other before stepping into the rink have gone on to hire each other for jobs, they’ve stood for each other at weddings, they’ve provided a listening ear when needed, and they’ve had their spouses and kids become best friends.  The “Kool-Aid” is why the first-year player comes back, and why some of our OT players never leave.